Reims welcomes you with its must-see sites, designated a UNESCO World Heritage: The Notre-Dame Cathedral and the Palace of Tau, or the Saint-Remi basilica and museum, dedicated to the bishop who baptized Clovis.

Monuments and museums show Reims' history, from the Gallo-Roman to the modern era, including the Art Deco style.

The city of Reims is also famous around the world because its name is written on the labels of great champagne's brands. The champagne-makers are behind the fame and the prestige of the city because of their talent and their passion.

These Houses invite you to discover their cellars, where lie for many years their precious cuvees, which will be celebrating the simplest as well as the craziest events all around the world. 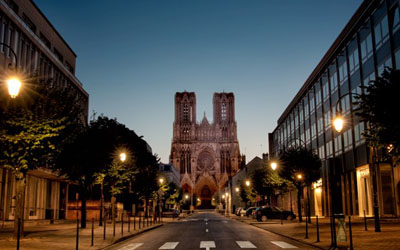 Notre-Dame of Reims was built in the 13th century, and is known for the coronation of the Kings of France. Notre-Dame of Reims is one of the greatest achievements of the Gothic style in Europe, especially its stained-glass windows and its statuary “l'Ange au sourire” (the Angel with a smile). After Clovis' baptism in Reims in 498, 25 kings were crowned in the cathedral. 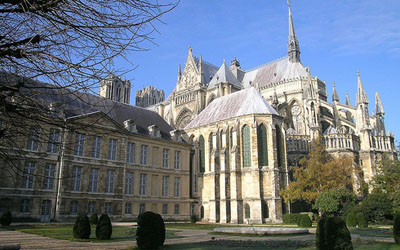 The Palace of Tau is now the House of the Notre-Dame museum. The treasures of the Cathedral and a part of the original statuary of the church are displayed there. 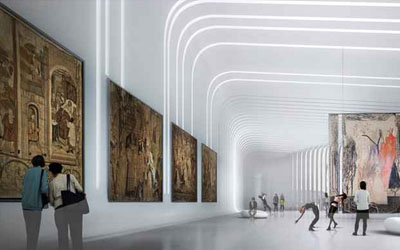 Built in 1794, it contains one of the most prestigious collection of a local French museum. It displays the biggest artistic movements from the 16th to the 20th century throughout paintings, sculptures, furniture and artifacts. 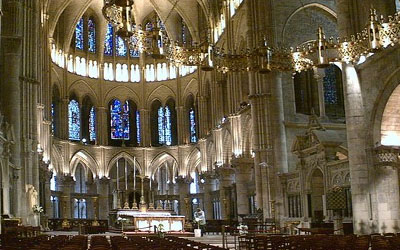 The Romano-Gothic basilica is a great achievement of Romanesque Art in the north of France. It was built in the 11th century to shelter the Holy Phial as well as Saint Rémi's relics. He was the bishop who baptized Clovis in 498. Saint Rémi's grave (1847). 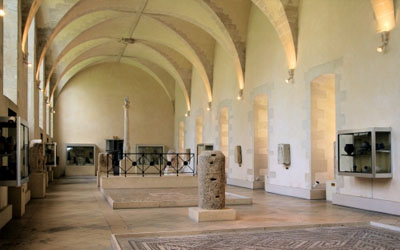 The museum is located in an old Benedictine abbey from the 17th and 18th centuries. Around the cloister, the different rooms display artifacts related to Reims' history, from the prehistory to the Second World War, including the Gallo-Roman archeology. 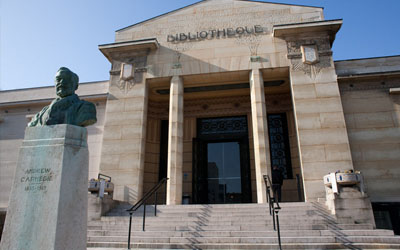 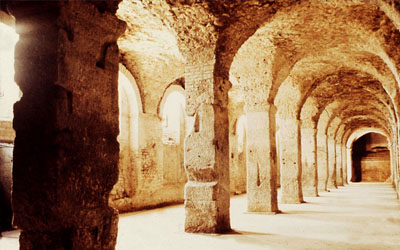 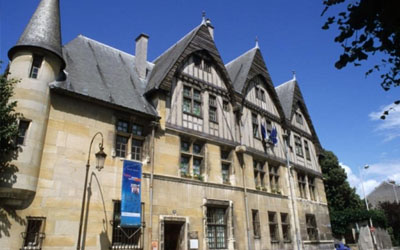 The Le Vergeur Hotel was built from the 13th to the 16th century. It has a beautiful internal frontage built in Renaissance style. The Museum, house of Hugues Kraft in the 1930s and left in that state, displays the furniture, paintings, engravings and artifacts of the patron, as well as original woodcuts from Durer. 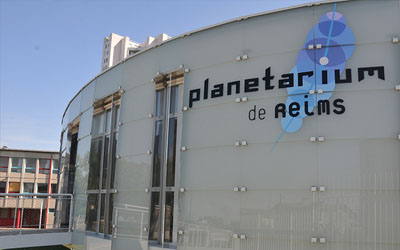 The Planetarium has reopened in a new building, shaped as the solar system. It recreates the celestial archway to give a realistic view of the night sky. Much information on astronomy is also available. 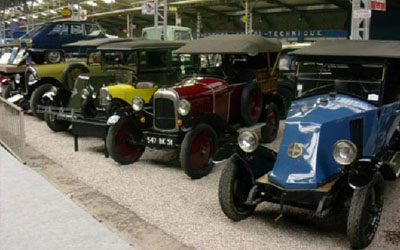 Nearly 200 vehicles, both cars and motorcycles, from 1908 to the present day, some only manufactured in a few copies, are exhibited in the Reims Champagne Automobile Museum.

You can admire many prestigious brands, rare motorcycles, as well as nearly 110 pedal cars. That old manufacture displays a collection of enameled license plates and has a room full of 5000 model and toy cars. Genuine Taxi of the Marne. 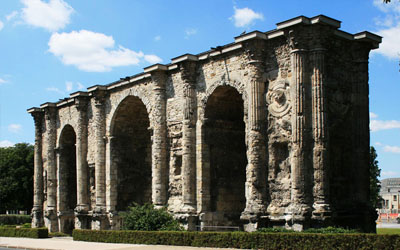 The Mars Gate is the only remaining arch of the 3rd century that gave access to the Gallo-Roman town of Durocortorum. 108 feet long, it is made of 3 archways, edged with Corinthian columns. 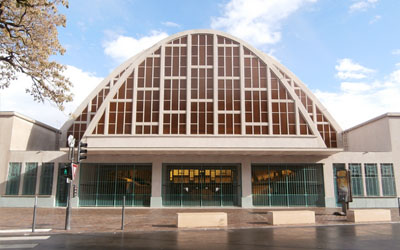 Listed historical monument, it was restored and reopened in September 2002. 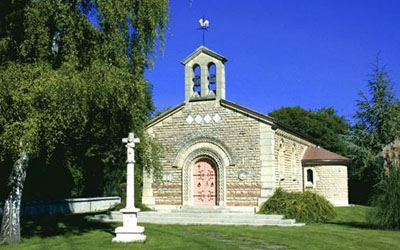 The neo-Romanesque chapel, whose real name is Notre-Dame-de-la-Paix, is located nearby the historical center of Reims. After his conversion to Christianity, the Japanese painter Leonardo Foujita built this chapel. 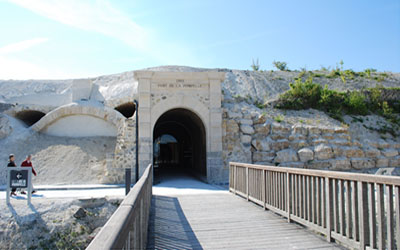 The Fort de la Pompelle was built in 1883 about 5 miles to the southwest of Reims to help defend the city. Bombed during the war, it was the keystone of Reims' defensive system. 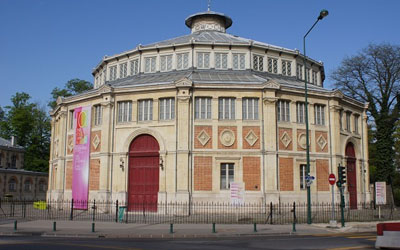 By the side of the Patte d'Oie park stands one of the rare permanent arenas that still exist in France. It was built in 1865 by Narcisse Brunette.

Restored in 1984, it was rearranged in 1990 to become the multi-task room we know today. To protect its architectural and cultural integrity, the frontage, the roof and the outside gate are legally protected: it was listed historic building in 1994. 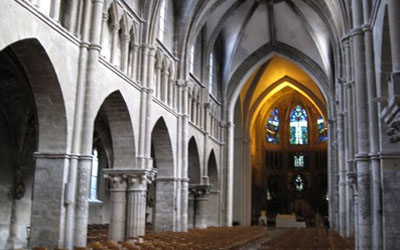 Built during the 12th and the 13th centuries, Saint-Jacques Church survived the French Revolution.

Don't miss the stained-glass windows created by Maria Helena Viera Da Silva (1967) and Joseph Silva (1965) and manufactured in the Simon-Marcq workshop in Reims.